Polyvinyl Chloride generally known as PVC is a polymer which is widely produced after polyethylene and polypropylene. It is said to be the third largest most widely produced polymer. PVC is preferred against traditional materials that include iron, copper or wood in a number of profile applications due to its operational efficiencies and benefits. Pure polyvinyl chloride is a brittle solid white in color and slightly soluble in tetrahydrofuran whereas insoluble in alcohol. It can be made flexible and soft by adding plasticizers and phthalates. In flexible and soft form, PVC is used in electrical cable insulation, plumbing and inflatable products and some applications which can replace rubber. PVC has high mechanical and hardness properties, which enhance along with molecular weight and gradually decrease with rising or increasing temperature. PVC decomposes at high temperature as its heat stability is very poor. It has good insulation properties but owing to its high polar nature, its electrical insulation property is less significant to non-polymers that include polypropylene and polyethylene.

Polyvinyl Chloride can be produced from a wide range of hydrocarbons such as derivatives of plants including sugarcane and coal. Currently, PVC is produced from ethylene, which is a product of oil and gas industry. It is therefore known as a petrochemical product. Polyvinyl Chloride has a wide range of applications, which include electric cables, pipes, unplastisized polyvinyl chloride for construction, furniture and clothing, healthcare and plasticizers among others. It exists in a wide range of consumer products that include bottles, credit cards, cling films and packaging among others and construction materials such as window frames, pipes, cables, flooring and wallpaper among a range of products.

The PVC production costs are based on types of production expenses that include raw materials such as chlorine, ethylene and acetylene. In Asia Pacific, the PVC costs are highly influenced by PVC prices in China, hence, in addition to ethylene prices; acetylene is widely used in the production of PVC and therefore has growing importance in this region.

The construction industry is the major driver of global PVC market owing to a wide range of applications in the household, commercial and industrial sectors. Due to improving infrastructure and housing conditions in the developing economies are expected to maintain the demand for PVC. Long-term demand for PVC depends on the renaissance of the construction markets in the urbanized economies.

The key segments for PVC market include the North America, Asia Pacific, Europe and Rest of the World (RoW). The demand for PVC remains moderate in Europe due to debt crisis along with depressed business climate and due to slow monetary recovery. Owing to huge manufacturing facilities in China, Asia Pacific is expected to be the fastest and largest growing market for PVC. The collapse of the building and construction industry in North America was the major reason for stagnant demand for PVC in this region. In addition, sluggish growth in construction industry in the large economies such as Italy, Germany and U.K. lead to stagnant demand in Europe.

Get Ahead in the Instagram Game and Start Earning while Posting 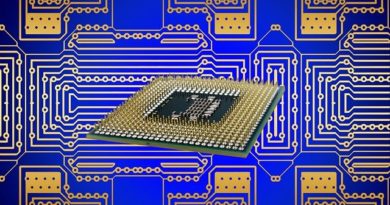 Smart sensors are gaining popularity as the condition monitoring solution in low voltage motors. A cost-effective sensor in low voltage