Probiotics are considered as friendly bacteria helping to prevent various health issues caused by antibiotics and infections. Although a lot of research and studies have been conducted on probiotics, there are still some things to be learned. Probiotics are also said to help with irritable bowel syndrome. Some studies show that probiotics do have minor side effects. Meanwhile, researchers who have conducted studies on various probiotics, are still not sure which probiotics are helpful and which are not and who is likely to benefit the most by taking probiotics. The studies are being conducted to find the answers to all these questions. However, the U.S. Food and Drug Administration (FDA) has still not approved any probiotics in treatment or prevention of any health problem.

Although probiotics are considered as good bacteria aiding in digestion, immunity and other functions, a new study has come up with some disappointing results. According to a study, probiotic supplements may not help and protect babies from stomach bugs or catching a cold. The study included around 290 babies, among all these babies, those who were given probiotic supplements every day for six months were no less to suffer from gastrointestinal and respiratory infections than babies who were not consuming probiotics.

However, some past studies have found that probiotics can cut the risk of gastrointestinal infections in babies. The reason for different results in studies conducted is not yet clear. But according to some health experts, many babies in the current study were breast-fed, which in itself is considered to be the best way to encourage a healthy balance of gut bacteria to ward off infections.

It is important to be ensured that right probiotic supplements are being consumed offering health benefits and expected results. Probiotics can offer beneficial results when consumed in the right amount. Probiotics are considered best when consumed in form of foods like yogurt, kefir, cultured vegetables including sauerkraut and kimchi, etc. While certain probiotics have specific benefits.

Many probiotic supplements include various strains of Lactobacillus, Saccharomyces and Bifidobacterium which can provide various health benefits. According to a research, some strains are more effective in treating certain health conditions. Moreover, it is important to consume probiotic supplements in sufficient amount, for instance, most of the studies have found consumption of higher doses to produce best results. Although higher doses do not cause any harm, they also don’t provide any additional benefits.

Another new research has come up on probiotics which say that probiotics may relieve symptoms of depression and help gastrointestinal upset. A team of researchers at Farncombe Family Digestive Health Research Institute have reported improvement in adults with Irritable Bowel Syndrome (IBS) suffering from depression when they consumed specific probiotic as compared to adults who consumed placebo. Consuming specific probiotic can improve both gut and psychological issues in IBS. This has also opened new avenues to treat patients with psychiatric diseases. The improvement in depression was associated with changes in multiple areas in brain related to mood control.

Although a lot of research has been conducted in the past few years, there is still much left to explore about probiotics.

Shambhu Nath Jha with an experience nearing a decade, has helped over 50 large and medium to small business enterprise to foray into new markets, increase footprint in the existing bucket and understand the nature of the beast. These beasts are the companies that have been primarily engaged in chemicals, material or packaging activities, and encountering challenge either in maintain P&L or staying ahead of their competitors. He has authored over 300 industry research papers consisting critical information such as market growth, total addressable market, serviceable addressable market, market size, forecast, player strategies, market share estimates and winning imperatives along with recommendations. He is also the pioneer of “three slope distributor/off-taker evaluation model” used by several multinational companies to track the performance of channel partners. A consultant by profession, writer by mood and explorer by desire, Shambhu Nath is currently employed with a London based market research and consulting firm as a full time consultant. A few of the industry verticals where he demonstrated his skill includes water and wastewater treatment chemicals, high purity alumina, water purifiers, activated carbon, chloramine filters, bio-based bioplastics, water purifiers, textile chemicals etc. 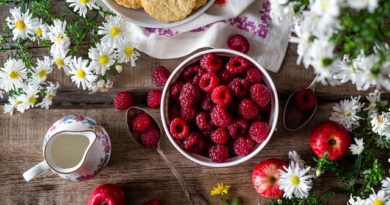