Hydraulic Cab Tilt Systems are used to tilt the cabin for serviceability of the engine, and enables to take out engine and accessories without hindrance. A typical cab tilting system consists of a hydraulic pump, a tilt cylinder, and a safety stop on the tilt cylinder. Most of the prominent truck manufacturing companies such as Daf, Iveco, Renault, Scania and Volvo, equips their trucks with hydraulic cab tilting systems. Prominent manufacturers in the hydraulic cab tilting space often manufactures and offers tailored systems to meet the weight and specs of different cabs. A specific customization offered by most manufacturers is to choose from electric, air, or manually powered pump. Companies are developing products to improve the performance, ergonomic efficiency and safety required to access critical under cab systems.

The global hydraulic cab tilt system is expected to expand with a moderate CAGR over the forecast period, parallel to the demand for automotive industry, and growth in logistic industry.

The major factors boosting the growth of Hydraulic Cab Tilt System market is rising growth in the automobile industry coupled with the growth in transportation and logistics industry. As new trade routes open and companies globalize, demand for hydraulic cab tilt system is expected to increase. Further, as companies often incorporates hydraulic cab tilting system with their HMV’s demand from OEM’s is also on the rise. Moreover, companies which were earlier reluctant to incorporate these systems with their models, are considering this as an important addition, and partnering with various hydraulic cab tilt system manufacturers. Further, as usage increase wear and tear is an inherent part, and most HMV’s often requires regular engine maintenance, fuelling the demand for hydraulic cab systems.

Geographically, Hydraulic Cab Tilt System market has been categorized into seven key regions including North America, Western Europe, Eastern Europe, APEJ, Japan, Latin America, and the Middle East & Africa. North America and Western Europe currently dominates the global hydraulic cab tilting systems market, amid high presence of HMV’s in the region, due to robust roadways based logistic in the region. Asia Pacific Exc. Japan Hydraulic Cab Tilt System market is expected to be another prominent market global market, amid presence of large number of automotive manufacturers in the region. In Asia Pacific region, the number of heavy motor vehicles produced per year in China and India are higher than the numbers attained by major manufacturers in the Western Europe and North America regions. Furthermore, Heavy Motor Vehicle production in these countries is steadily growing on a yearly basis. Emerging countries in the Latin America region such as Mexico and Brazil create attractive opportunities for the automotive Hydraulic Cab Tilt System market as many well-known automobile manufacturers have set up their automotive plants in these countries and rising logistic trade in the region. North America and Western Europe are anticipated to present high growth for technologically advanced Hydraulic Cab Tilt Systems, as these regions has endorsed some of the most advanced technologies in vehicle automation, and have high focus on improving ergonomics and efficiency. Middle East and Africa is also a rapidly growing market for hydraulic cab tilt system, and is expected to witness unprecedented growth over the forecast period.

Automotive Plastic Bumper Market to Reach US$ 13 Bn by 2022: Fact.MR 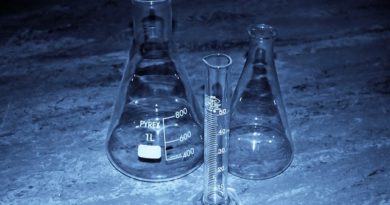