The global market for craft beer is highly fragmented in nature, with higher presence of a number of local microbreweries, and regional craft breweries, especially across developed regions such as Europe. Craft beer industry is one of the oldest industry around the world. Major craft beer establishments are independently-owned, as they fall under small-scale industry sector. Craft beer has been witnessed to acquire higher consumer attraction, being a traditionally-produced drink, which is why consumers are willing to spend more money for craft beer. Governments in Mexico, China, the U.K, New Zealand, Belgium, and Australia, among others, have been promoting the production of craft beer, incorporating new breweries. This initiative is further expected to contribute to the beverage industry’s economic development and employment generation. The global craft beer market comprises several small-sized players, with expansion and consolidation activities increasing among some large brewers in the market.

The global craft beer market will register a moderate CAGR over the forecast period (2017-2022). Revenues from the market are expected to reach nearly US$ 20,000 Mn by 2022-end. Sales of craft beer has been predicted to showcase a stagnant expansion, however demand from people is anticipated to witness a significant rise in the next couple of years. Vendors of craft beer have been concentrating on differentiation of their products & services, with unique as well as clear value propositions. The aforementioned factors might influence growth of the market during the forecast period.

For More Details – A sample of this report is available upon [email protected] https://www.factmr.com/connectus/sample?flag=S&rep_id=181

Yogesh Sengar is an experienced digital marketing professional. He tracks the latest trends and happenings in the digital marketing landscape, also offering his opinion on their impact on businesses. He has experience in both B2C and B2B markets. His hobbies include reading books and travelling. 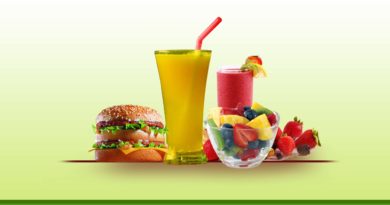