Mango and Chocolate are rightly called the ‘king of fruits’ and the ‘food of the gods’ respectively. Could there be a more apt name for either of these two divine foods? Both have millions of fans worldwide and there is even a term ‘chocoholic’ for those individuals addicted to chocolate! Chocolate consumption has risen exponentially across the world, particularly as a result of rising incomes in countries such as China and India. Unfortunately, the global cocoa market has been unable to keep up with this booming demand. Production in the world’s second largest cocoa producing country Ghana has continuously dropped since 2015. Even the crop yields are only a third as big as they could have been if the farmers adopted good agricultural practices. Cocoa prices have risen by nearly 40% since the year 2012. The rise in cocoa prices will inevitably be passed onto the consumer – a nightmare for chocolate lovers across the world.

Global cocoa production has been affected by a number of factors such as climate change and crop failure compounded by a demand that only increases every year. Cocoa producers have also been accused several times of unfair labour practices. They frequently underpay farmers in Western African villages and even employ child labour to gather cocoa beans. Cocoa butter is extracted from beans of the cocoa plant and it is one of the most expensive ingredients, especially when compared to other tropical oils and fats. The International Cocoa Organization states that cocoa butter prices doubled in the decade 2005 to 2015. Fear not, though – there is a chance for one favourite food to be saved by another!

Scientists have found a way to solve the looming cocoa crises that will hit future chocolate production by replacing cocoa with mangoes to make chocolates. This has been detailed in a study that was published in Scientific Reports. According to Sayma Akhter, a senior author of the study, wild mangoes could be a ‘Cinderella’ species whose true potential is yet to be fully understood. The author further states that real added value could bring wild mangoes from obscurity into the mainstream. As per the study, wild mango butter could be physically and chemically similar enough to cocoa butter to serve as an effective replacement. Mango butter has a higher content of moisture than cocoa butter and this is required in low-fat chocolate. Low-fat chocolate may even help prevent heart disease, obesity, stroke, diabetes and arthritis. If the government or non-governmental organisations provide the required support, small-scale industries that can serve as a real source of income for farmers could be set up. Many products could be developed from underutilised fruits and the only thing that is required is a laser focus on their nearly limitless potential. Wild fruits including the mango are a vital source of medicine, income and food for the rural population, and they must be protected from rampant deforestation. Adding value to underutilised products such as wild mangoes by processing them in such a way that they acquire market value can provide the incentive needed to conserve them. This directly plays a crucial role in conserving such plant species and helps reduce rural poverty by generating an alternative source of income.

Tuhin Deb is an enthusiast of international trade and business affairs, his work exemplifies a detailed outlook of the subject matter he covers. With a longstanding interest in the business world, he delivers unique narrative for his allegiant and valued readership. Tuhin also holds a Master’s degree in Mass Communication and Journalism. 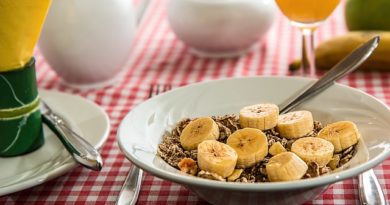 Say goodbye to fats and weight. Say hello to fibres!