Automotive engine cooling system is a critical part of an automobile. Nearly 40 percent of heat generated while running an engine escapes through exhaust and frictional loses, 25 percent is used for power and the remaining 35 percent is transferred to engine components. The heat absorbed into an engine must be exhausted, or else, the engine will fail due to overheating. For this purpose, cooling systems are used to protect engine from overheating by regulating engine temperature to normal operating range. However, sufficient airflow, correct ignition timing and proper water flow rate are vital for running the engine properly.

Automotive engine cooling system must be fitted into smaller spaces under the bonnet. This demands the manufacturers to develop smaller size automotive engine cooling systems. For this purpose, aluminum radiators of about two third in size as compared to traditional radiators are manufactured in the late 1970s. With the prevailing strict emission standards in countries of APAC, North America and Europe, automotive manufacturers are compelled to manufacture fuel efficient vehicles. Increasing global warming coupled with pollution has become a great concern worldwide. The automotive manufacturers have to follow EURO standards, BS VI norms, and CAFE (Corporate Average Fuel Economy) among others.

The automotive engine cooling system manufacturers are expected to witness significant opportunity by manufacturing lighter and smaller automotive engine cooling system (parts) without any loss on strength. The suppliers are trying to produce eco-friendly systems so that it will get decomposed easily after the normal lifespan. For instance, the manufacturers have developed new eco-friendly plant derived resin radiator tanks using an organic compound derived from castor oil tree. As compared to conventional products, this new radiator will release less CO2 emission and conserve oil (fossil fuel, which is being depleted).

The automotive engine cooling system is designed so that, it should maintain engine at a constant temperature regardless of the outside temperature. However, if the outside temperature is too low, emission will rise and results in poor fuel economy. On the contrary, if the temperature is too hot for longer period, the engine will get damaged. At present, not only the auto engine cooling parts are becoming smaller, but also there is a trend towards components integration. For instance, combining the radiator and condenser could save space and help cut costs. Modularity plays a very important role in packaging automotive engine cooling system. 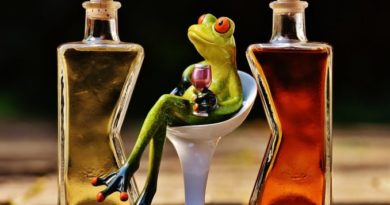 Motorcycle Filter Market will Exhibit a Steady 6.2% CAGR through 2022